We’ve got some work upcoming - including a major traffic shift - those in the UTSA community should be aware of. That includes those who live in the Auburn Ridge neighborhood.

Friday night at midnight (think of it 12:01 Saturday morning, or 11:59 Friday night ... you get the idea) we’ll start some pretty intense work at the intersection of Ximenes and UTSA Blvd. We’re rebuilding the intersection completely here, trying to make it so we don’t have to get in there again later in the project. Look for a slight temporary traffic shift over the weekend at this location, and all traffic to UTSA via Ximenes will use Bauerle instead.

How will this impact you? Well, if you're just driving through on UTSA Boulevard, you won't see much of an impact. You'll still have one lane in each direction and, beyond an occasional minor hold-up while someone moves some equipment around, you'll get through just fine. If you're heading into UTSA campus, though, just know you'll be doing so through Bauerly. Or Barshop. Your choice.

Things should be back to “normal” by Monday morning. 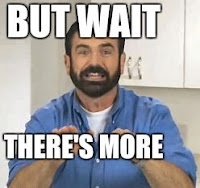 The weekend of October 29 we’ll be doing much the same thing at the intersections at Valero Way and at Bauerle Road. By the time we’re all done with work at those locations (in time for the Oct. 31 morning commute) we should have all traffic flipped over onto the new pavement lanes.

Again, if you're just running through UTSA Boulevard, you won't see a major impact. But if you're headed into UTSA campus you'll be doing so through Barshop or Ximenes ... and if you're aiming for Valero campus, try getting there via Loop 1604 instead. (The Bauerle entrance to UTSA could remain closed until Wednesday, so if that's your route you should be prepared.)

Once the switch to the newly constructed half of the road happens, the dedicated left turn into Sienna Way will not exist – this is temporary. Curran Construction will make a priority building the road widening at the Sienna intersection to have that left turn lane back in action before Thanksgiving (the goal is to have it done in about two weeks, weather permitting).

The same left-turn situation will apply at Bauerle for the next few weeks as well. If Baurle is your normal way into UTSA from Babcock, consider using Valero Way or Ximenes.

This is all work that’s being re-sequenced per request of the contractor. The idea here is to eliminate one of the steps in the project phasing and speed up the job a bit – likely shaving as much as 6 weeks off the project duration to avoid any potential delays perpetrated by some utility problems we had earlier in the job.
Posted by TxDOTSanAntonio at 10:30 AM
Email ThisBlogThis!Share to TwitterShare to FacebookShare to Pinterest
Newer Post Older Post Home