Seal coats - what they are and why we do them

We've received a slew of comments and complaints about seal coat projects across the region over the last several weeks. It's an annual occurrence for us, answering these questions. Each of them typically echo much of what John, who submitted this question late November, has said:

Recently TXDOT hired some contractors to lay down a layer of rocks on FM 758. The road is now worse than ever. I drive the road daily. Prior to this I never had rocks hitting my car. I have had 5 rocks hit my car in the last week alone from cars passing while waiting to turn onto the road or by cars passing in opposite lane. I now have 2 new chips in my windshield. I have never seen this surface on a highway before. Is it temporary and why not replace with a smooth surface like it was?
- John

The elements of the complaint are fairly easily broken down:
The truth is most people don't understand what exactly has been done. That's fully on us, by the way - it's up to us to let folks know what's going on, and it's clear we missed that boat (though others have taken the issue up...). Late is better than never, though, correct?

What is a sealcoat?
Sealcoats are intended to moisturize the road to prevent crumbling and extend the life of the pavement.

Asphalt is an amorphous solid dependent on a level of wetness for its structural integrity. Just like our skin, it chaps and cracks in the hot Texas sun. While many add lotion to preserve soft and silky smooth skin, highway engineers add a cocktail of oil and tar to the road to preserve its shape and smoothness. Over time the cocktail seeps into the road, but when we first apply the mix it sets on the surface of the road.
Anyone who has seen a James Bond movie or played Spy Hunter knows how treacherous a road with oil concentrated on the surface can be. To keep a road we've done a seal coat on safe and to improve traction we lay a thin, sparse layer of gravel atop the seal coat mix.

Why not just resurface? 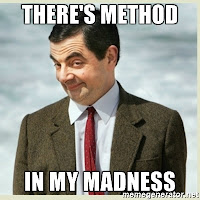 This is a common solution posed by most who drive these newly sealed roads. Heck, we'd love to be able to resurface or reconstruct each road every time we see wear and tear, but the cost would be astronomic. We reserve resurfacing for about every 7-10 years, and seal coat about every 3-5 years.
The cost difference is huge and cannot be overstated. A seal coat will cost literally pennies on the dollar we might spend resurfacing the road. While we are committed to providing and maintaining a safe and reliable transportation system, we are tasked and trusted to be extremely prudent with the limited taxpayer dollars we are given.

The bottom line: sure, resurfacing the road would look a lot nicer. This practice about doubles the lifespan of a road, though, and cuts costs by nearly 20 percent over a 40-year timeframe.


What about the slinging gravel?

The result is a road that looks really dark, like a new road, but has a bit of what looks like loose gravel on its surface. That gravel is mashed into the road surface, typically, using rubber-tired pneumatic rollers.
Although the result is a louder ride with road noise, the biggest problem for drivers comes from the gravel kicking up with the large knobby tires from the trucks on the road. This is why we typically keep "Loose Gravel" warning signs up while we're doing the work, letting drivers know to take care and increase following distances.
After a few short weeks that gravel gets pressed and ground into the road surface and becomes a non-issue.
Posted by TxDOTSanAntonio at 3:53 PM
Email ThisBlogThis!Share to TwitterShare to FacebookShare to Pinterest
Newer Post Older Post Home