When will the Culebra Road on ramp to southbound I-410 open up? So surprised to find it closed and nowhere to get onto 410 until I was almost to Marbach.
- Rena
We're still working on getting that timeline - it's our next priority on this project now we've got things on the northbound side moved around and the southbound exit ramp to Military Drive opened up.


Why is the under construction flyover from SH 151 to I-410 built with steel supports, while the flyover from I-410 to SH 151 in the opposite direction is built with pre-stressed concrete beams? There is obviously a reason, but it sure isn't obvious. I would really like to understand the rationale behind the different construction methods.
- Glenn
It's a pretty simple answer, really. We use steel beams on bridge spans over about 110 feet - particularly with a curved alignment such as on a direct connector. That's why the steel supports are deeper (taller) than the pre-stressed concrete beams, to handle the additional weight stresses with the longer spans.


After waiting almost a year for UTSA Blvd to open, we now have another disruption of traffic in UTSA/UTEX area. Why are the right 2 lanes of traffic in this area closed for a new construction project? This greatly causes a traffic problem in this area.
- Rhea

The work you're seeing there isn't ours. That all belongs to Security Services FCU and, the last time we got an update from the city (January), is going to continue a while. Yantis is the general contractor here and is managing the actual project - we'd encourage folks with questions about this work to go to Yantis for answers.


We were discussing our favorite intersection the other day Alamo Ranch parkway and Westwood Loop. Going east from Alamo Ranch onto 151, what would it take to make the middle lane in addition to going straight also a left turn lane? In other words 2 lanes turning left on Westwood? Traffic really backs up there, which then backs up the traffic going into 151, this would really ease the traffic even on weekends.
- Ursula
Please provide a detailed status update on Alamo Ranch Parkway and Westwood Loop.
- Benjamin
TxDOT is done with this intersection, and has been for quite some time. This is all in the court of Bexar County Public Works, who recently installed raised curb to mount those delineator paddles. That should help considerably.
We are now working on installing guardrail along the southbound frontage road of Lp 1604 to prevent the poor behavior of drivers cutting across the grass median to reach the direct connector to Hwy 151.


Can you please tell me why their is no slow down lane to come in to the Hillcrest Housing area . I noticed that red musket has one which is not the main road into this housing area.
- Larry
So, Larry, the frontage road right there has three lanes. The far-right lane actually ends at Red Musket - that's why it looks and feels like a right-turn lane. We're working to stripe and sign that lane ahead of Spurs Ranch as a turn lane.
This will be what the frontage road looks like in its final configuration.
If we were to include a right-turn lane at Spurs Ranch we'd need to add a fourth lane to the frontage road, which we don't have the right-of-way space (or the money) to do on this job.


The much projected opening date of the I-10 access road from Ralph Fair to Old Fred. will not occur. Why? When? The delay is now over 90 days. Perhaps if TxDOT tripled the fines it might make a difference.
- Vicky
Well... today is March 22nd, and on my way home, I expected to see all sorts of activity wrapping up the repaving of the westbound frontage road at Old Fredericksburg Road, which according to your last blog post, is scheduled to be open tomorrow. However, at 5:45 PM this evening, all I saw was a bunch of parked construction equipment, no construction workers and dirt. Is this EVER going to wrap up? The inconvenience, dust, mud and delays are absolutely terrible. For more than a year, your repeated delays along IH-10 from the Dominion, have added more than 30 minutes/day to my (and I am sure many others) daily commute. Time which would be much better spent with my wife and family. You are now going on a 4 month delay on this portion of the project, alone - this is getting beyond frustrating.
- Dave
Can you please provide an update of the continued closure of the I-10 frontage road at Old Fred? Looks like it’s been pushed to April 27th. That is now 7 months of closure when it was supposed to be 3. Please set realistic goals and expectations.
- Christina
Let's start by saying we share your frustration here. When we first started this (in October) we expected a two-month work duration. We've addressed the question before. The target keeps moving, and at this point we just don't know what to say. 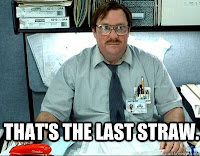 Vicky and Dave have already reached out to us privately and we've provided contact information for the individual at Sundt Construction to push questions to in the future. We're going to stop short of publishing that information here, but if you can find it through the NextDoor feeds in that neighborhood you're welcome to use the contact info as you see fit.
All that said, we do share some of the blame at TxDOT. We failed to include a milestone with accompanying liquidated damages on this part of the project. We are learning from the error and our director of construction has asked future projects include financial disincentives (we can't call them penalties) when we have stuff like this in our plans.

Are there any plans to fix the very wavy road surface both East and West Highway 90 across from Blue Skies at John D Ryan Blvd? This area of Highway 90 is very uneven and makes you feel like you are riding a roller coaster instead of your car. I can remember a section of I-35 across from Fort Sam Hospital that was like this that was fixed. I assume this is a sub-surface problem.
- Bill
It's on the list of projects we'd like to take on and will be addressed as we expand US Hwy 90 between I-410 and Hwy 211. That's currently programmed to happen around 2023.

When is Loop 1604 and I-10W at The Rim/La Cantera going to be upgraded to a proper highway intersection with fly overs with no yields? I've lived in the area since 2004 and the congestion gets worse every year.
- Paul
Paul, it seems thousands of people are discovering what you did back in 2004: That corridor along I-10 between San Antonio and Boerne is a great place to live!

That also means the congestion you're seeing is the byproduct of this corridor's continued development and is something we're working to address. Just like Johnny Cash got his Psycho Billy Cadillac one piece at a time because of his financial constraints, we're doing the same thing with the development of I-10 beyond Loop 1604. That is true also for the intersection. Our planners have easily conceded the cloverleafs have been increasingly outgrown over the course of the last decade.
The problem is money - a full interchange like you're looking for costs about $250 million, which is tough for us to come up with right now at one time (which is why the US 281 expansion is happening in two pieces at $150 million each).
That said ... we have hope. The Alamo Area MPO has included on the Unified Transportation Program this intersection in a plan to expand Loop 1604 between Bandera Road and I-35. The details are still being worked out as to how those will work as we move through the environmental assessment, but we are hoping to have this intersection addressed with that project when it starts right around 2020. A project of that size will take, at a minimum, four years to complete.

Who is responsible for 1604 being only two lanes on each side? It is 2018 and no one has stepped up to the plate and add another lane to each side at least. Here's a bright idea, you don't have to stop flow of traffic if you build it in the median.
- Brendan
Take a look at what we said to Paul, Brendan, and you'll see we're working on it. We wish we could just build a new lane ... unfortunately it's a lot more involved than that. Hopefully we'll be able to begin work to double capacity of Loop 1604 in 2020.

When is 410/151 interchange construction going to be done enough to open the Leon creek greenway trail? Are they doing redo the trail it looks very damaged from the construction?
- Mica
We are actually working with the city's Parks and Recreation department to fix and replace some damaged sections of the trail. We are hoping to have that finished and be able to open the trail back up by the end of May. We might even be able to get that done sooner if we get ideal weather patterns between now and then.
Posted by TxDOTSanAntonio at 9:30 AM
Email ThisBlogThis!Share to TwitterShare to FacebookShare to Pinterest
Newer Post Older Post Home